Income Inequality and the Persistence of Racial Economic Disparities

50 years after the civil rights movement, racial economic inequality remains a major fact of American life. In fact, the gap in family income between blacks and whites has not changed since the 1960s:

The utter lack of progress is striking, especially since racial gaps have narrowed in other areas: college attainment, high school test scores, and life expectancy have all seen some convergence between blacks and whites, though there remains much work to be done.

In a paper published in Sociological Science, I show that the intransigent racial income gap results from two opposing trends. Since the 1960s, there has been improvement in the relative position of blacks compared to whites. Despite continued disparities in parental wealth, access to educational resources, andtreatment in the labor market, the median African American has moved up the income distribution, from the 25th percentile of family income in 1968 to the 35th percentile today:

But this improvement in rank occurred just as macroeconomic shifts were causing wages to stagnate for the poor and middle class, and an ever-increasing share of national income to be allocated to the rich. Because of this dramatic growth in income inequality, the earnings at the 35th percentile have plummeted relative to the national mean:

Whites remain richer than average, so a decline relative to the national mean also means a decline relative to whites as a group. On net these two trends–improving relative position and increasing income inequality– have canceled each other out, such that there has been no overall change in the black-white family income gap.

If income inequality hadn’t gone up, the racial income gap would have decreased by about 30% over the past 50 years:

By the same token, if not for the improvement in the relative position of blacks, the gap would have increased by about the same amount:

These results show how racial inequality and economic inequality are fundamentally intertwined. This is a point that many civil rights leaders have made over the years, but today it tends to get lost in the discourse over whether social justice or economic justice should be prioritized in national politics.

Learn more by reading the paper, or download the data here!

Mechanism Design for Social Good
Where are the Jobs?
Inequality Research Papers 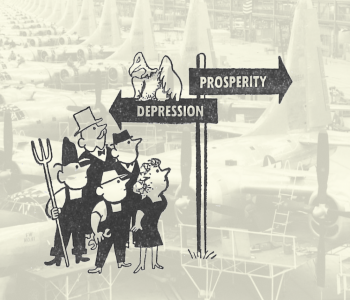 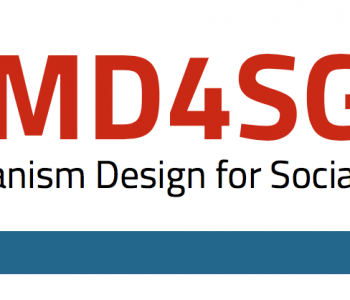